The last time I addressed this topic I had been jaded and disappointed in Hollywood and most screenwriters for “screwing up” or “mis-interpreting” a beloved book/series. If you wish you can read it HERE. Warning, it is nit-picky and kind of pretentious.  My younger self (even just a few years ago) would throw out an entire movie just on some little details or expectations that far exceeding the truth of what book to movie versions represent.

This hard truth, a pill some fans are resistant to swallow (including my slightly younger self), is that each work of art (story, film, song) is interpreted by each reader/fan. They bring to that interpretation their own past, their hardships, their memories, which change the experience and perception of the art. And those interpretations that make it through the vetting process of a studio and a screen writer, the ones that make it onto the big screen might not match our own. 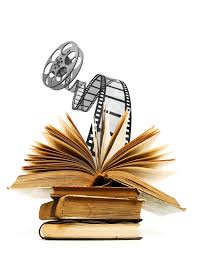 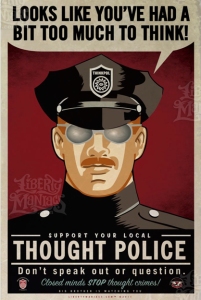 This may be an obvious reminder, but if we interpreted works of art the same then our lives would be worse than those in 1984 where they were spoon-fed their opinions by the government. If we are imposing on ourselves such an exclusive thinking, that our interpretations are better than other, then we are the ones to blame for hampering creativity. That’s the last thing the artists, writers, musicians, and filmmakers of the world want. That’s the last thing the readers and fans want (even if they don’t know it). Because without the independent, unique thoughts of the individual, we would deprive ourselves of some of the most beautiful creations known to man.

I’ve had a few of my favorite books turned into movies (most recently the sci-fi favorite Ender’s Game) and out of every possibility that could go wrong (inconsistencies, plot changes, terrible casting choice) I always left the theater with a huge grin, squealing my fangirl squeals all the way back to the car.
Undoubtedly, the phenomenon of having a non-pictorial story come alive in a very graphic and visually-appealing format….is a satisfaction that goes beyond anything I’ve ever experienced. To have story, its characters, its setting brought to life in front of my eyes—how can I NOT watch in awe? Some books are so vivid and so rich that they can play like a movie in your head. The scenes and character descriptions built in your mind are now standing in front of you on the screen. Voices are given timber and accents, bodies are given shape and clothes, and gestures and mannerisms are played out on the screen.

Even if every scene has one flaw, there is something magical that happens when someone takes the colors of prose and paints the filmstrip with them.

The movie…blew my mind. Not in its accuracy (since the ending did not match the book it was titled from), but in the simple fact that a book I had come to love and revere for its intricate analysis of human emotion and psychology and sociology, was alive before me.

Were the actors everything I imagined? I will admit my poor visual imagination (thanks to aphantasia-it’s a real thing, I swear) pales in comparison to what the writers and producers put together. I recognized Ender when he came on screen not just physically, but for how the actor portrayed him. I felt the admiration Graff showed him in the final moments of the battle and the horror his team felt when he found out the truth of his victory. THAT is why I learned to enjoy book to movie interpretations. Because it gives new life to something I already love. It brings characters new dimension by adding this visual facet that wasn’t there before.

Maybe it’s because I found myself overly criticizing other’s works and I needed to reign in my own elitist thoughts. Or because I’ve actually written a piece I can imagine becoming a movie, but I’ve slowly learned to appreciate the amount of work it takes to translate something that is so complex and detailed on the page into a new format successfully.

Let’s turn now to an upcoming adaptation that has already experienced the sting of elitism even before the entire cast list is set. 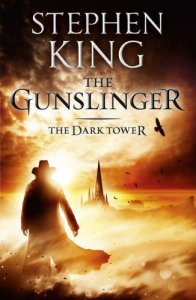 Yes, my lovelies I am talking about the long-awaited adaptation of Stephen King’s The Gunslinger. To most, you know that I am a constant reader and dedicated fan to the writer who has astounded us for decades with his ability to merge genres and themes into beautiful, sometimes horrific portraits of humanity. He is not only a constantly evolving author, but an intense inspiration for any writer who simply loves the craft regardless of the paycheck.

His alternate worlds, science fiction, fantasy western is finally coming to the silver screen. And his fans are pissed. Let me preface this conversation with the fact that although The Gunslinger is one of 8 novels in the Dark Tower series, there is no plan to make the rest of them into movies. This will be important later.

The crux of fan issues is in the casting choice and their displeasure lies in the elitism of what we as the reader view for the character in our minds as well as what we know to be true from the content. The casting the Man in Black as Matthew McConaughey was taken fairly well as he has played enough bad guy roles that he can characterize the elusive chaotic Man in Black with ease.

Yet when we come to the namesake of the movie, the gunslinger Roland Deschain of Gilead who would be played by Idris Elba. Although at first I agreed with some of the confused and annoyed fans that the choice was poorly made in reference to everything we knew about Roland: his description within the books (i.e. he was lighter in skin color-although still tan I imagine, blue eyes and silvering black hair) and the huge racial issues that occurred in the Drawing of the Three when Odetta (eventually Susannah), one of his ka-tet (destined companions), was battling a deeply wrathful and racist other personality Detta who hated Roland for his whiteness.

HOWEVER, and this is a big HOWEVER. Most of the issues that would affect the story telling and character development (the racial and personality conflict in Drawing of the Three) will never reach the big screen. Therefore, the only real attachment to content here is based on physical description, which in almost every single movie adaption has changed based on what the interpretation needs. In this case, The Gunslinger as a standalone doesn’t require Roland to be fair-skinned. It requires a rough, sometimes cold personality of a man who has lost his love, his home, and his mind a few times in his unending quest to save his world from utter destruction. Idris Elba is capable of that character. Idris Elba will succeed well at bringing a new version of Roland to the fans of the Dark Tower series, if we have faith in the screen writers and the producers and the actors to be good to a story we hold dear.

Because, constant readers and new readers and never readers, how do we expect others to excel if we continue to doubt what they’re capable of?

Again, the key here is…the movie will be someone else’s INTERPRETATION of King’s work. I began reading about the topic of The Gunslinger movie upset at why they would change the content. Until King reminded me (and the whole world) that someone else is telling the story now, and we should sit down, shut up, and enjoy the freakin’ ride, man! Just as many fans interpreted Roland as Clint Eastwood, there are others who would see Idris Elba as their calloused yet talented Gunslinger. The man whose obsession with Tower made him ignorant to the death of his friend until it was too late. This character, this man, this….Gunslinger is not what one person expects him to be. He remembers the face of his father. He follows the path of the Beam. He respects Ka above all other forces in the universe. 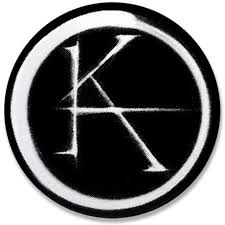 I, for one, reigned in my inner critic really quick. Since I am currently reading Wolves of the Calla (Book 5), I tried imagining (poorly due to my aphantasia) Idris as Roland. And I pasted him in like a paper doll in a book. He fit right in. I find him just as easily subduing the Calla with the Commala Rice song and his quick footwork on the stage. I imagine him carefully following Susannah out into the swamp/woods to find out what’s going on. He is just as much Roland as I would have imaged the men who are drawn on the covers of the books. It’s just a new interpretation, a new version of the Roland I admire.

Book to movie adaptations are a hard subject among readers. We view the book as the superior source because it was there first and because it has more to the story that the movie ever will. I implore you friends and fellow constant readers. Set aside your personal images of the characters. Open your mind to a new interpretation of a story you’ve come to love. You never know what might surprise you about this interpretation. It may show you more to love about the story and characters than before.

Happy reading and writing and watching my minions!

Filed under Breaking News, Idea of the Day